Moto G7 Power has come up in India. The launch date is set for India, but it will be available here at Rs 13,999.

Motorola recently launched the Moto G7 Series smartphone in Brazil. The company has introduced four smartphones. Moto G7, G7 Pay, G7 Plus and G7 Power. This smartphone may be launching in the Indian market soon. These are mid-range smartphones and will cost between Rs 20,000. 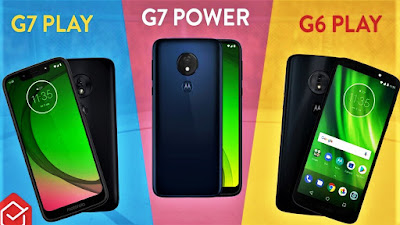 According to sources, Moto G7 Power in India will cost Rs 13999. These smartphones will be sold both online and offline. The smartphone is the property of the company that has a 5000mAh power-full battery. In India, Moto G7 Power will have a 4GB and 64GB internal storage wirate launch. The smartphone’s special-feature will be like a Brazilian model and will not see any changes. The Moto G7 Powr is a 6.2-inch LCD display and has qualcomm Snapdragon632 processor. Display is HD Plus. It does not have a dual rear camera, but the company has given 12mega pixel single rear cameras.

This smartphone is expected to have Android 9 Pie. It will also have some special motorola characteristics. The company claimed during the launch that the power-full battery in Moto G7 Power would give up to 55 hours of backup. In Brazil, the smartphone costs 249 euros (Rs 17,500). Currently, when this smartphone will be launching in India, there is no official information. But looking at the back-to-back budget smartphone launch, it looks like Motorola will launch the smartphone in India by March.